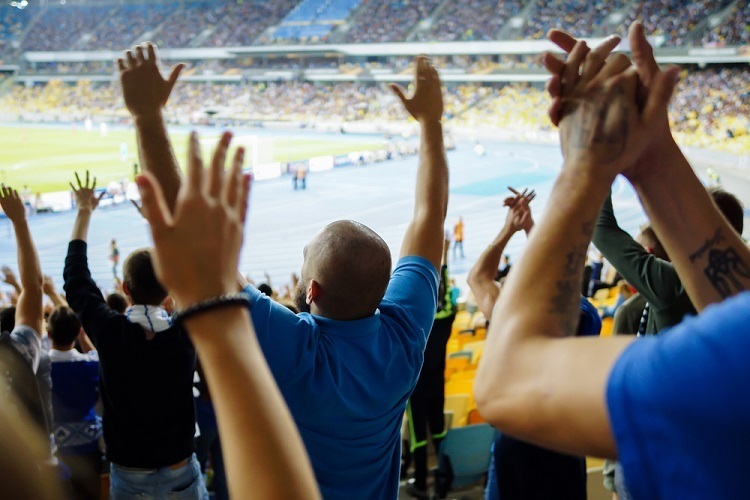 The Best Sports Venues To Visit In The U.S.

The United States loves its sports, and as a result the country has built up some truly incredible stadiums and arenas over the years. Some are remarkable for their size and structure, some for their history and tradition, and some for all of the above. But no matter what you’re looking for in particular – or even what sports you tend to prefer – some of the best U.S. stadiums can actually make for excellent travel inspiration.

Get detailed information about the importance of a community part in a town, on this website: https://newshub4.com/

These are some of the best venues to go out of your way to visit.

Located in Green Bay, Wisconsin, Lambeau Field is a little bit out of the way. But if there’s any stadium on this list that comprises a full vacation unto itself, this is probably the one. Consistently rated as the best stadium in the NFL and perhaps in American sports, it has also been written up as one of the 100 best stadium experiences in the entire world. The Green Bay Packers fans, wearing green jerseys and sporting “cheese head” hats, are excited about games from sunrise to sunset, and the stadium atmosphere is tremendous.

Sometimes referred to as the “Mecca of basketball,” Madison Square Garden may seem to have lost some of its appeal. That’s because the New York Knicks, the NBA team that plays there, have been dreadful for a long time. If anything, however, this is further testament to the arena’s magic, because even when the Knicks are bad it’s thought to be one of the best places to watch basketball. Plus, it’s in the middle of midtown Manhattan! There’s not exactly a shortage of things to do. The Empire State Building, Times Square, and Central Park are within walking distance, there’s great dining everywhere, and the buzz of New York is captivating.

Wrigley Field is one of the most historic sports venues in America, known for loyal Chicago Cubs fans and an outfield wall covered in ivy. These days, it’s probably more fun to visit than ever though. The Cubs broke a World Series drought of more than 100 years last season, and this year (with the playoffs just underway as of the time of this writing) they’re considered to have a decent shot at winning again given their talent and World Series-winning experience. There’s just no finer place to watch a baseball game, and the surrounding city of Chicago is a lot of Americans’ favorite city.

If you do want a baseball alternative, Yankee Stadium is fascinating in a different way. The old stadium, abandoned in 2009, was a grand monument to one of the most storied franchises in sports. The new one lacks the same history (and frankly the same soul), but purely as a venue it’s spectacular. This is a huge, state of the art stadium where you can now witness the Yankees as they try to get back to their winning ways with a young, talented ball club. And while it’s not nearly as central as Madison Square Garden, you’ll still be visiting New York!

Like Lambeau Field, Cameron Indoor Stadium is more about the game experience than the surrounding area. Though Durham is something of an up-and-coming town with a good reputation for food and craft beer, it’s the basketball at Duke University that’s the main attraction. Cameron Indoor is a small, intimate stadium known for rabid student fans and tense, loud atmospheres for good games. And with Duke having jumped up to number one in the preseason rankings, 2017-18 should be a particularly fun season during which to visit.

Our only other college venue on the list is Michigan Stadium, which is often called “The Big House.” This is where the University of Michigan plays football, and it’s believed to be about as good a place to watch the sport as any, college or professional. With a seating capacity over 100,000, it just provides a different kind of atmosphere. Meanwhile, the college town of Ann Arbor is incredibly charming, particularly during the earlier weeks of the season when fall weather is in full swing.

This is probably the most surprising inclusion on the list. But soccer is catching on slowly but surely in the U.S., and there are actually some excellent game experiences in the MLS. The best of these experiences are marked by passionate fans who have been loyal to teams for years now, and as another writer put it, Portland is the league’s best example. The stadium itself is nothing special – in fact, it’s a baseball stadium converted for soccer, and so feels a little bit unnatural. But the fans love their Portland Timbers. It’s a great place to watch American soccer, and the city of Portland is one of the most relaxing and appealing big cities in the U.S.

My name is Shaun Spence. I am a Content writer, I love traveling and also write about traveling. I visit many amazing places in the world.

Beachfront Villas For The Ultimate Holiday

5 Best Monuments to Visit in Jaipur

Trips to and From the Airport Just Got a Little Easier

The Best Rivers To Visit In England

5 Reasons Why You Should Go Hunting In Africa

The Best Sports Venues To Visit In The U.S.

Shaun Spence Nov 14, 2022 0
The United States loves its sports, and as a result the country has built up some truly incredible stadiums and…

Carpooling in Malta – advantages of the service

How to choose a Canoe

5 Best Monuments to Visit in Jaipur